Crowdsensing is an emerging paradigm of data aggregation, which has a pivotal role in data-driven applications. It collects a large amount of sensing data by means of procurement or recruitment, which reduces the cost of data collection and improves the efficiency [1]. With the continuous expansion of the network scale and the intelligent evolution of sensing devices, crowdsensing has a significant development in various IoT applications such as transportation [2], pollution measure [3], etc. Typical crowdsensing is composed of mostly three parts: requesters, workers and platforms. The system architecture and general flow of sensing task are shown in Figure 1. The central platform manages all the users and stores all the data while providing the information and service to workers and requesters. Requesters publish tasks through the platform. After receiving the task, the worker will decide whether to participate and compete for participation. The selected workers will perform the sensing task and upload data by communicating with the central platform while the rewards will then be granted to workers after the uploaded data is verified.

Despite that crowdsensing ideally enhances the efficiency and convenience of data aggregation, there are two critical vulnerabilities remain to be solved. First, in order to stimulate workers to contribute their own sensing data, the system must apply an appropriate incentive mechanism. Most of the recent work focus on the design of monetary incentive based on auction theory [4]. However, the existing monetary incentive only provides short-term incentive since it purely adopts monetary reward to stimulate workers to participate in each time slot [5]. Some passive workers may upload inaccurate data for selfish purpose, resulting in the problem of data quality. Moreover, the service fee charged by the central platform will increase the requesters’ incentive cost in some realistic scenarios. Second, the centralized platform may be subject to targeted or Denial-of-Service (DoS) attack [6]. The existing central platform-based approaches suffer from the single point of failure which may result in data leakage. Workers may worry that the individual privacy security is threatened and then exit the network, which is defined as the privacy-aware problem.

To address the above issues, we propose a blockchain-based crowdsensing architecture. By combining consortium blockchain [7][8], requesters form an alliance to synchronize and manage the blockchain together, which will strengthen the attack resistance and prevent the targeted attack. The decentralized architecture will be more fault-tolerant to a single point of failure. Meanwhile, by using asymmetric encryption and digital signature technology, we can achieve data access control which is helpful to privacy protection in blockchain system. Another major advantage of blockchain-based crowdsensing system is that the cost of system maintenance will be reduced through multi-party cooperation. Specifically, data upload, verification and download will no longer rely on the specific central platform. Furthermore, as to the economic incentive and data quality problem, we will further design the hybrid incentive mechanism which incorporates the monetary-based and reputation-based incentives. 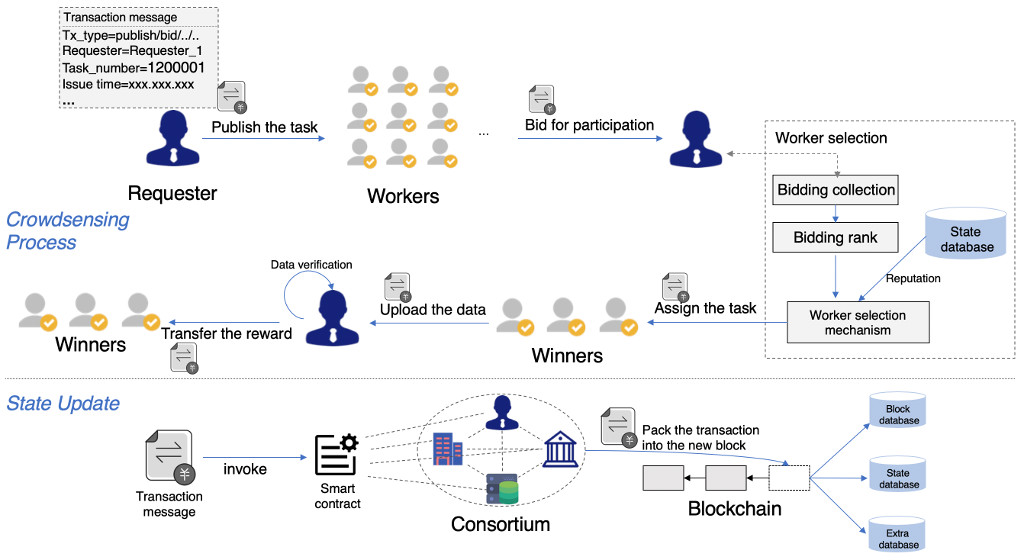 Figure 2. The architecture of blockchain-based crowdsensing

This study sets out to develop a blockchain-based model to address the incentive and privacy problems in the crowdsensing system. Through the mode of collaborative management, the system can effectively prevent the single-point attack that exists in the traditional crowdsensing system and strengthen the privacy protection. Blockchain technology can be used to achieve the long-term preservation of information. The requester can accurately and consistently assess the credibility of workers by retrieving the information from the blockchain. Moreover, blockchain will boost the development of a hybrid incentive mechanism that jointly considers the economic and data quality issues, thus encouraging more sensor nodes to participate such as mobile phones, cameras, and automotive sensors. Therefore, a further study investigating the efficacy and safety of blockchain-based incentive model would be significant. However, the work is still in infancy. There are still some further issues that we have not considered yet. The storage burden of blockchain will be an important limitation of using blockchain for crowdsensing. We should consider a lightweight blockchain data format for crowdsensing. Besides, the block cutting mechanism should be considered for lightening the storage burden.

Lijun Wei received his Bachelor degree in Automation from South China University of Technology, China, in 2016. He is currently working towards his Ph.D. degree in the School of Electronic Information and Electrical Engineering from Shanghai Jiao Tong University, China. His current research interests lie primarily in distributed consensus protocol, blockchain technology and IoT architecture.

Jing Wu (M'08) received her B.S. degree from Nanchang University in 2000, M.S. degree from Yanshan University in 2002, and Ph.D. degree from University of Alberta in 2008, all in electrical engineering. Since 2011, she has been with Shanghai Jiao Tong University, Shanghai, China, and is currently an Associate Professor. Dr. Wu is a registered Professional Engineer in Alberta, Canada. Her current research interests include robust model predictive control, security control, and stability analysis and estimations for cyber-physical systems.

Chengnian Long (M'07) received the B.S., M.S., and Ph.D. degrees from Yanshan University, China, in 1999, 2001, and 2004, respectively, all in control theory and engineering. He was a research associate in Department of Computer Science and Engineering, Hong Kong University of Science and Technology and a Killam postdoctoral fellow at University of Alberta, Canada. He has been with Shanghai Jiao Tong University in 2009, and is a full Professor since 2011. His current research interests include internet of things and blockchain technology, cyber-physical systems security, and smart wireless systems.